Umm, hi!? I actually thought I'd update again much sooner, but then I signed up for

technique20in20 and thought "It's not like I'll post them on the last day, I'll just make an update when I'm finished." Well, it's the 18th *rolls eyes*
So yeah, the first part is my entry for

technique20in20 and the second part are icons from the same fandoms + some older movie icons thrown in, so it's a little bigger than my usual updates. I have some icons on my hard drive which are even older than them, but they didn't really fit. Next time. And I won't wait this long again...

I never would have thought the time would come that I had too many icons to post and now it's been this way for months. I always think I could catch up, then there are a couple of icons from fandoms which just don't fit, I keep making icons for these fandoms and suddenly I have 30 unposted icons more. Right now I could make two more entries, but then I think "No, only three Elementary icons. I'll just wait and collect." vicious circle *rollseyes*

I said I wouldn't wait too long with making another Tumblr roundup, but I didn't make that much in the last couple of months *shrugs*
Clicking the picture will lead to the original tumblr post. 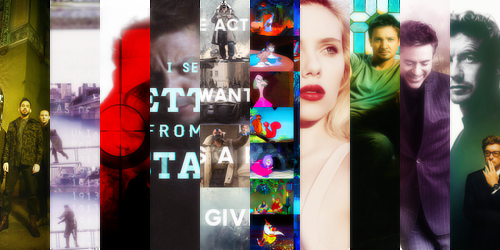 While the Pushing Daisies and the Christmas icons are pretty new, I've waited far too long to post some of these. I actually want to post the rest of leftover icons from 2012 either before new year's eve or directly after (I didn't want to post all ~70 icons now). Wish me luck ;)

This post is a perfect example for what happens when I want a certain amount of icons for one fandom. Suddenly I had 50+ Avengers-related icons from various contests and iconflash challenges. I really like them though, hence the many teaser icons :D

I like having everything in one place, so I'll probably make an overview of the edits I post on tumblr from time to time. I promise I won't wait this long again since everything I've done this year is behind the cut. Clicking the picture will lead to the original tumblr post. 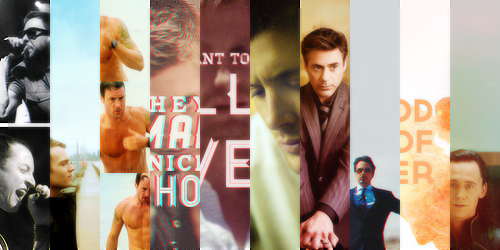